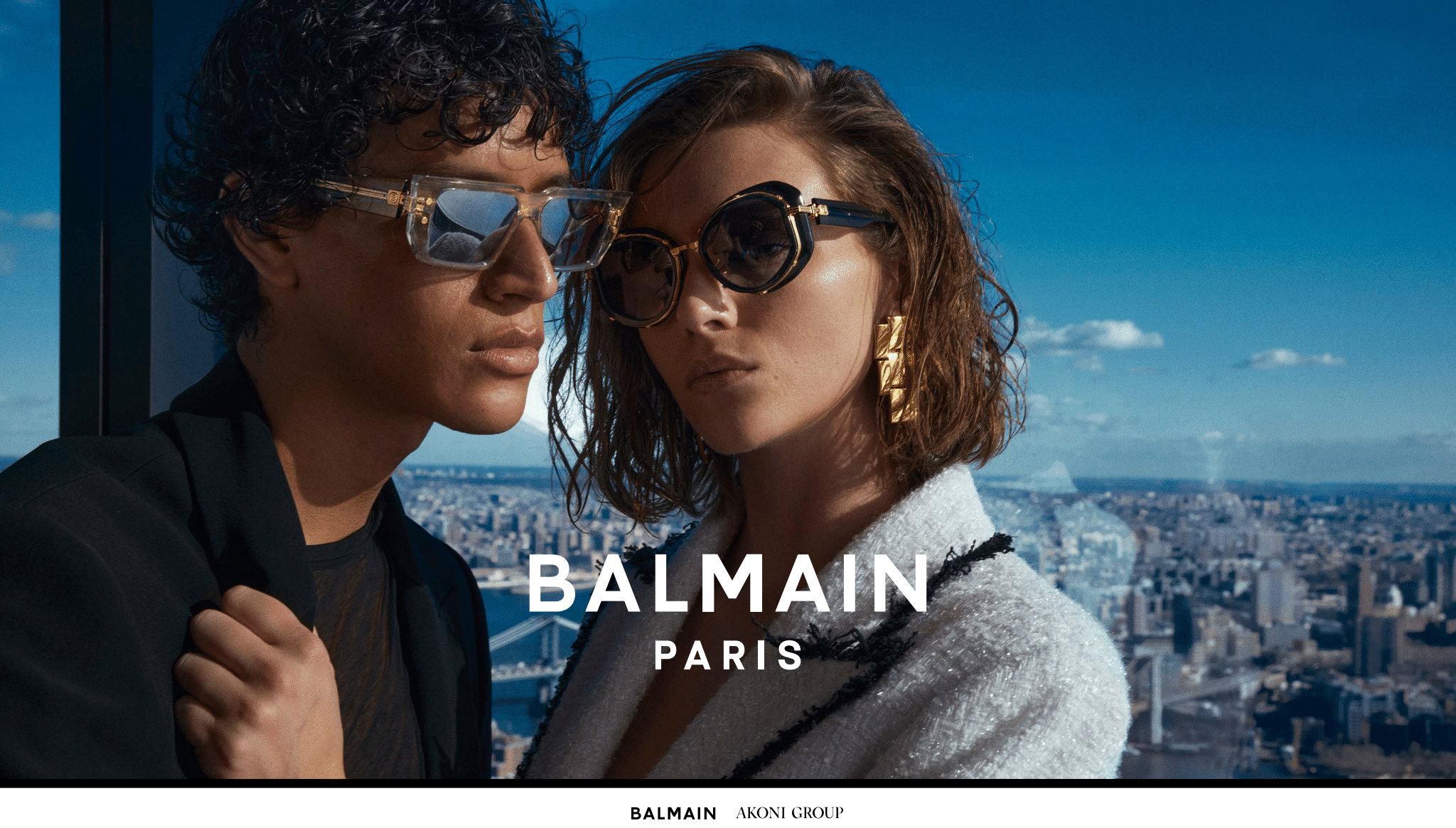 Inspired as much by Olivier Rousteing’s most recent fashion-week offerings as by the 75-years of house runways that preceded them, Balmain Eyewear continues to meld together the Parisian house’s singular design heritage and Akoni’s impressive optical engineering expertise, relying on only the finest artisans and materials to create a singular offering for luxury eyewear. Balmain Army members will quickly spot how this latest collection clearly channels the house’s distinctive codes, with metal mesh patterns repeating the unmistakable Balmain Labyrinth motif on striking side shields, dynamic frame flourishes evoking the atelier’s impeccable house tailoring and powerful pagoda shoulders and a multitude of golden bands and finishing touches looking to the distinctive couture-like embellishments that form a part of every Balmain presentation. Color choice reflect signature tones of iconic designs, or the most recent key runway looks, while strong silhouettes evoke the unmistakable lines of “Jolie Madame,” the “New French Style” or Rousteing’s latest rock-meets-runway inspirations. But, more than anything, the Akoni team has worked closely with Rousteing to ensure that this new collection is infused with the distinctive confidence-enhancing spirit that Balmain is celebrated for—always bold, forever audacious, and consistently pushing every envelope. That empowering spirit is evident in the many eye-catching sculptural additions that are new for this season’s frames, including compelling visors and energetic extensions adding movement and verve.

Pierre Balmain founded his eponymous house as a Parisian couture address over 75 years ago—and every Balmain creation since Monsieur Balmain’s very first 1945 collection has been built upon the distinctive couture formula that pairs strict construction with the finest artisanal embellishment. Balmain Eyewear’s Brigitte makes the house’s impressive couture heritage even more clear. The frame’s unique structure—crafted from the finest featherweight Japanese titanium dense and sleek Japanese Acetate—was inspired by the classic cinematic image of a wind-whipped silk scarf worn inside an open cabriolet. The Akoni Group team’s skillful channeling of the fresh and liberating spirit that has long set apart the collections of both Pierre Balmain and Olivier Rousteing is underlined by the iconic color combinations—each based on key runway tonal pairings.

When house stylists aim to stress Balmain’s unique rock-meets-runway personality, more often than not, they accessorize the house’s models with the latest designs from Balmain Eyewear B- series of frames. The newest take on the B frame, the B-VI, continues to build upon that rebellious silhouette—and, in addition to the now-familiar flattened top and geometric cat-eye touches, this edition adds a sharp and distinctive, top-of-frame shielding visor, expertly carved from the sleek.

The Officier, the squared-off, unisex take on the iconic navigator frame, has been one of Balmain Eyewear’s most popular designs—and it’s not hard to see why. The Akoni and Balmain design teams pushed the classic silhouette to new and surprising limits, adding expert detailing that channeled Balmain’s long fascination with the regal splendor of the court at Versailles. Building upon the success of that singular design, Balmain Eyewear offers a new luxurious and exclusive re-edition of the Officier for Spring 2022. Limited globally to just 200 designs, the special-edition

spin on the Officier clearly recalls the house’s haute-couture origins, with the powerful bronze tones of the lenses created via a double color infusion and the rims and temples of the silhouette—just like Versailles’ most precious designs—coated with real gold. 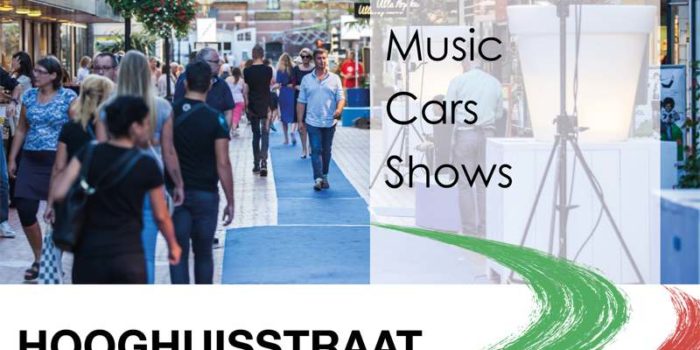 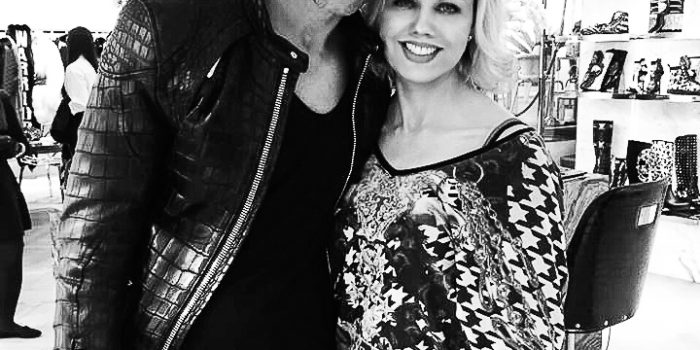